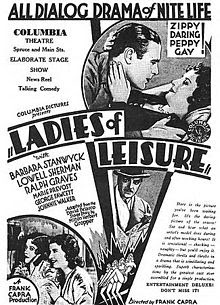 Hollywood can be a cruel place. One minute you are the toast of the town, the next you are out on your ear. You’ve doubtless heard all the clichés about the ‘Boulevard of Broken Dreams’; all the scandals, the self destruction and the casualties of early Hollywood, from Peg Entwistle to Fatty Arbuckle to Carole Landis. Add to this the crushed dreams of fallen stars such as John Gilbert or the artistic humiliations experienced by Buster Keaton and Erich von Stroheim and you have yourself a deceptively dark underbelly to the enchantment of the movies. In time, Hollywood itself began to perpetuate and even glamorise the dangers and pitfalls of Tinseltown in its own movies such as What Price Hollywood?, A Star is Born and Sunset Boulevard. This in itself has become part of the lore and the lure of Hollywood, the dangerous appeal of a magical land when you enter not only at your own peril, but at the risk of sacrificing your own soul for fame and fortune.

When the silent era ended and talking pictures began, a seismic shift began in the ranks of the movie players as everyone, from major star to bit player wondered if they had what it took to adapt and change in the new environment. Countless silent stars fell by the wayside, either forced out of the movie industry or pushed down the playbill to minor parts. The humiliation felt by stars used to being gods and goddesses in the Jazz Age was acutely felt, and many of them had to readjust to lives of anonymity. This in itself was tragic enough, but for those who hung on and tried to make a living in movies, life could be tough with a new technology to adapt to and a fresh crop of stars hungry to take their place. And if there wasn’t enough pressure, occasionally the studios themselves used their influence to direct some older stars right out the door to the unemployment line. Sometimes, it was just the evolution of the industry and survival of the fittest, but other times such as in Ladies of Leisure it’s just unnecessary bullying that ultimately had a human cost.

Ladies of Leisure was directed by Frank Capra for Columbia and is primarily known for being the movie that made a star out of Barbara Stanwyck and which propelled her on a rise to the upper echelons of Hollywood, a position she remained at for the bulk of her career. The plot deals with the usual story of love on the wrong side of the tracks as Stanwyck’s “lady of leisure” falls for Ralph Graves’ wealthy artist despite the protestations of his haughty family. It’s a story told many times before and since and filmed with a decent amount of care. It’s certainly by no means a classic Capra work, but it does prove that right from the start Barbara Stanwyck had the ability and poise to be a major star. While lacking believability when trying to be the hard bitten party girl (she would pick this up in no time luckily), she handles her emotional scenes superbly and easily overcomes much of the hackneyed material in the script. Though the film is massively overlong at 100 minutes and all too often dips into the sort of turgid melodrama so ubiquitous in the early 30s, it’s undoubtedly a star making performance from Stanwyck and sets the tone nicely for this stage in her career. 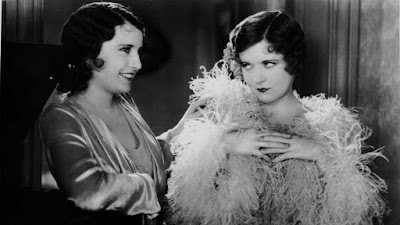 The movie co stars Marie Prevost as Barbara’s best friend but sadly she doesn’t fare nearly so well and Ladies of Leisure is another textbook example of a movie with two actresses of equal talent whom the studio saw going on very different career trajectories. Miss Prevost became a big star in silent pictures, although her personal life was beset by scandal and despite strong performances in films such as The Beautiful and Damned and The Marriage Circle, by 1926 her career had peaked. The late silent era saw a series of tragedies befall Marie, starting with the loss of her contract with Warner Brothers (due in part to the aforementioned scandals), followed by the death of her mother in an automobile accident and the end of her marriage. These events took their toll and by the start of the sound era Marie Provost was addicted to alcohol, suffering from depression and binge eating. Despite her problems she adapted admirably to the demands of sound and still maintained steady work as a supporting actress.

In Ladies of Leisure, Marie Prevost plays Dot, the roommate and best friend of Barbara Stanwyck’s Kay. She is a fellow good time girl, but she has far more fun doing it, openly talking about her need to marry a rich man and to get as much as possible from them. She has an effervescent, impish charm about her with her cheeky smile and giggling looks. She certainly brightens up a movie which at times has a gravely serious tone and depending on how you want to look at it, you could say she almost steals the picture. Sadly, there’s a dark shadow looming over Marie Prevost’s performance in Ladies of Leisure and it comes in the form of a peculiar type of onscreen harassment. I’ve always thought that being a star in the Golden Age of Hollywood required talent and timing but it also required good presentation. At the end of the day the studio could make or break a star, and here the presentation of Marie Prevost is intended to give you one single impression – she needs to lose weight. 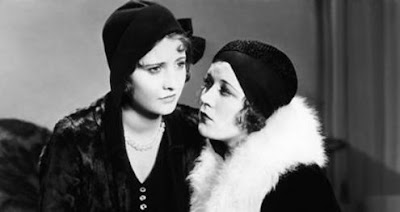 All the way through the movie we are reminded that Marie Prevost is too fat. While it is mostly played for laughs, by the fourth or fifth time it is brought up the joke starts to wear a little thin (if you pardon the expression). When we first meet her character Dot, she is proclaiming to Kay (Stanwyck) that she is going up in the world and is “..a lady who is gonna eat caviar”. Stanwyck’s retort is that “Well don’t eat too much just because it’s free…another 10 pounds and they won’t be calling you up again!”. Even though Prevost gets in the funny punchline of “You can’t weigh sex appeal!”, it’s an unusual way to introduce her character. It seems her defining characteristic isn’t that she is the protagonist’s loyal friend or that she's funny, it’s that she likes to eat.

Later, while reclining in bed (and very artfully smoking a cigarette), Kay stomps in and says “You sleep too much, you’re getting awful fat”. Dot replies that if she gets too fat she’ll just get married and retire. Her alleged best friend then says “Married? Who’s gonna marry you?”. Later in the movie, Dot is on a date and (while stuffing her face with food) asks her beau, “Do you think I’m too fat?” Her date (played by a permanently pie eyed Lowell Sherman) replies dryly, “There couldn’t be too much of you”. He then looks pained as Dot then proceeds to order the whole menu, because of course she’s fat and that’s funny. 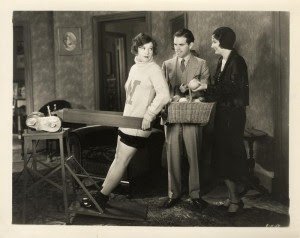 The constant attention to Marie Prevost’s weight reaches its height in a bizarre scene where we see her using one of those old fashioned vibrating belt machines used to lose weight. The camera starts on the back of her thighs and works up, as we see every bit of her wobbling and jiggling derriere in all its glory. I’m so pleased that high definition didn’t exist back then, as the scene is so terribly unfair to an actress who was struggling with her weight, among other things. To make things worse, she inexplicably is wearing a sweater that is several sizes too large, giving the impression she is enormous. As with all the scenes where her weight is callously pointed out, Marie makes the most of it and does some very funny pantomime as she attempts to extricate herself from the belt to answer the door. However, comedy aside, these moments in the movie leave a bit of a bad taste in the mouth.

The main problem with all the references to weight is that she’s not really that fat. Sure, she’s a little chubby compared to Barbara Stanwyck, but who isn’t? She is short and sweet, and looks a darn sight more appealing than most of her waif like contemporaries. It's notable that another petite and curvy silent star, Clara Bow was going through similar studio problems at the time. I don’t think anyone other than a Hollywood executive would look at her and think she was in any way overweight. Despite this, her supposed fatness is used in such an unnecessarily cruel way. If you think about someone like Patsy Kelly, a comedienne frequently used as a sort of female Oliver Hardy by Hal Roach, her comedy comes out of the physical contrast to her co stars such as Zasu Pitts, She may be (slightly) larger but like Hardy the comedy derives from the situations she gets into and the way she reacts to them rather than having people pointing out to her “Ha ha! You fell over because you’re fat!”. Kelly, doesn’t have to eat a big cake to make her point, and she doesn’t have to be reminded of her size as if it’s a bad thing, it’s just who she is and it’s made to work for her. 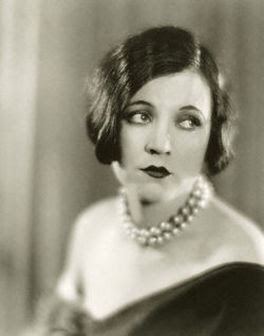 This treatment is all so unnecessary for an attractive woman who looks perfectly fine and was funny and talented enough to make the material work without the need for fat based gags. As mentioned earlier, there definitely seems to be a message being sent here by the studio. Somebody, somewhere wasn’t happy about her weight and an on screen example to others was made. That this could happen isn’t out of the question when one sees how Kay Francis would be treated by Warner Brothers a few years later when she was given lines full of ‘r’s to lisp her way through. It’s so petty but in the mean world of Hollywood, a world then as now very much living in its own self created bubble and obsessed by looks, it’s sadly not unexpected.

Marie Prevost died, alone, in 1937 after years of alcohol abuse, depression and binge eating. Her problems may have been caused by tragedies in her life, but I can’t help feeling that appearing in movies like Ladies of Leisure didn’t help her fragile mental state. For that reason, while Ladies of Leisure gave Barbara Stanwyck her break out role and is an enjoyable, well made melodrama, there is an ugliness at its core that is slightly less palatable.  Hollywood didn't owe her a living, but it did owe her a bit more dignity.
Posted by Russell at 13:47 1 comment: