New Faces of 2012 - Six Classic Stars I May Have Overlooked 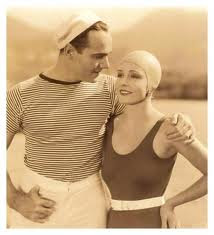 Life should always be about discovering new things. As such, I was recently looking at the list of films that I’m preparing to write about in the weeks and months ahead and after scanning through a line up that largely included the usual suspects like Joan Blondell, Kay Francis and Old Time Radio stars, it occurred to me that I need to explore new vistas to avoid getting into a cinematic rut. It’s all very well concentrating on your favourite stars or directors but it’s also too easy to become dogmatic about the films you hold dear and assume that the work of a particular actor or director holds little interest to you based on nothing more than a gut feeling or the viewing of a solitary film.

In the last few weeks I’ve been stockpiling a fresh batch of (mostly pre-code) films to add to the never ending list to watch and hopefully write about. I have been picking these films mainly based on first impressions, whether it be the title, genre or poster that for some reason has grabbed me. One thing that I decided to largely ignore in making my choices was the star of the picture as I really wanted to see ‘average’ films of the era, movies that were typically and squarely of their time. Despite this, while browsing over the new titles in my collection it struck me that certain names cropped up time and time again, some of which were more familiar to me that others. I realised that all of them were names that I was guilty of taking for granted.

One thing that is great about the early 30s in Hollywood is the sheer variety of stars that got a shot at fame, most of whom for a number of reasons didn’t sustain a star career into the glory years of the late 30s and beyond. For every Spencer Tracy there’s a Lee Tracy, and for every Greta Garbo there is a Greta Nissen. There is literally a whole galaxy of stars, both big and small to choose from, and as usual it’s the lesser lights that interest me the most. So I’ve decided to pay a bit more attention to a number of these names and to give some new stars a try. Here’s the first batch of overlooked stars for me to explore in the coming months. As I said, some are actually very famous in their own right and not at all overlooked to most people but for whatever reason have been ignored by me in the past. All I ask is that if anyone can give this novice any pointers and recommendations for any of them I will be eternally grateful. Now, to the Class of 2012…

William Haines – William Haines certainly seems to have had an interesting life, being an openly gay actor in Hollywood who, rather than live a lie ultimately chose his lifestyle over success in movies. I’ve always been interested in the sound films of successful silent stars and it seems novel that for once a career was cut short on the star’s own terms. Watching his films should thus hopefully prove to be uplifting viewing with a star still in his prime as a contrast to say, the sound films of John Gilbert, where despite the quality of his performances the whole experience is tinged with melancholy at his ultimate failure. Another, more aesthetic reason I really want to see his sound films is the striking artwork for a number of his movies, some recently released by the Warner Archive. Remote Control, Are You Listening? and Fast Life look particularly enticing going by the posters. Okay, it’s not always a successful gauge of quality but give me something shiny with bright colours and you’ve got me hooked. 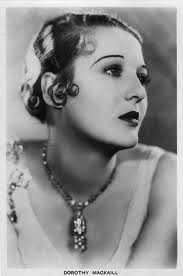 Dorothy Mackaill – Dorothy Mackaill is a name that seems to turn up a lot while I’ve been looking for suitable pre-code fodder to view yet she remains an enigma to me. I know little about her and have not seen any of her films. The fact that her career as a star was over by 1931 when First National opted not to renew her contract doesn’t seem to promise much. However, a glance at the titles of her prime starring vehicles seemingly paints a capsule picture of all the forbidden pleasures of the pre-code era. Safe in Hell, The Reckless Hour, The Office Wife, Party Husband and Bright Lights conjure up a banquet of censor baiting situations. It’s good to see that so many of her movies are finally getting an official release and I’m looking forward to finding out if her screen persona matches the lurid titles of her career.

Madge Evans – Madge Evans came to my attention due to a couple of absolutely stunning publicity photographs from the two films she made with William Haines. Looking back I realise that I’ve seen her in Fugitive Lovers, The Mayor of Hell and Guilty Hands but I watched all of those films years ago and have no memory of her performances. I know now that she was an accomplished stage actress who tended to play wholesome leading lady types but a quick glance at her filmography reveals some interesting and intriguing movies such as The Greeks Had a Word For Them with Joan Blondell, West of Hollywood with John Gilbert, The Nuisance with Lee Tracy, Beauty for Sale with Una Merkel and the aforementioned pair with William Haines, Are You Listening? and Fast Life. I feel that she’ll either turn out to be a standard and slightly anonymous leading lady whose purpose is to let her male co-star shine or (I’m hoping), a charming and beautiful leading light of the pre code era. Despite her obvious talent and ‘good girl’ image (not always a bad thing mind you), I just hope she brings the star quality to her films that she radiates in still pictures.

Warren William – Okay, Warren William can in no way be described as an overlooked film star, at least to the classic film community. I’m aware that he has a sizable following but despite seeing a few of his films I’ve been left largely unmoved by him. Looking back, I’ve decided that the fault probably lies with me and that I just haven’t seen him in the right parts. After all, I love pre-code films so surely I need to acknowledge the so-called ‘King of the Pre-codes’? This is an area where I definitely need some guidance, though I have a few of his movies on my radar. Most recently I saw him in Smarty, which is a great film but not one where he needs to do too much. I really want to like Warren William, in fact it would be a crime not to, but I feel I’ve not seen him at his best. 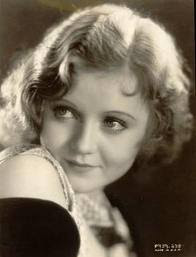 Nancy Carroll – I’ve only previously seen Nancy Carroll in the Cary Grant film Hot Saturday and she was quite charming. She also seems quite a versatile actress starring in musicals, comedies and dramas. She doesn’t seem to have been served too well in terms of her leading men, tending to be pared up with the likes of Phillips Holmes and John Boles or even an inexperienced up and comer like Grant. Once again though, her name just continues to show up and what I’ve heard of The Devil’s Holiday, Laughter, Follow Thru, The Kiss Before the Mirror and Night Angel sound intriguing. Added to that, some of her later work in Transatlantic Merry-Go-Round and Atlantic Adventure looks, if nothing else fun due to the fantastic casts. She seems to be another of those early 30s stars that enjoyed a degree of fame but who fell out of favour both onscreen and off and who decided on early retirement as the best course of action.

Richard Barthelmess – Obviously, Richard Barthelmess was one of the great stars of silent cinema, and a highly talented actor but for some reason he’s never really appealed to me. Even though he is outstanding in Broken Blossoms and at the tail end of his career, compelling in Only Angels Have Wings, he has largely left me cold. However, he’s another name that has cropped up with surprising regularity and honestly, I got tired to deciding to pass on an otherwise interesting film just because his name was in the credits. So, in the spirit of fair play I’m going to give him a chance. Though he doesn’t seem to have any can’t miss films in his sound back catalogue, movies such as Son of the Gods, Alias the Doctor, Four Hours to Kill, The Last Flight and Central Airport definitely look like they meet my requirements for typical early 30s programming. Of all my new picks, he’s the wild card and you never know, I might be pleasantly surprised.

All in all, the pre-code era remains a fascination for me due to the sheer number of career casualties. It was such a period of change, littered with the corpses of promising careers that never took off, or of final hurrahs to formerly glittering silent stars. The sheer number of unjustly forgotten actors working at this time is staggering, and each time I watch someone new, a co-star will lead me further into the unknown. I think everyone needs to try something new from time to time and once I’ve explored these new (to me) stars I have a host of others to start watching. As always, and feedback, suggestions or pointers will be much appreciated and hopefully the fruits of my labours will be appearing here very soon.
Posted by Russell at 14:47 4 comments: