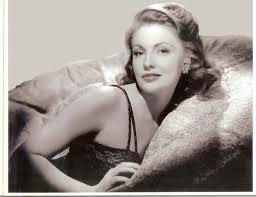 Thankfully, I have the honour of penning a short tribute to one of my favourite Hollywood actresses who is very much still with us and alive and well. Time unfortunately marches on but thankfully there are still a few people around to tell the story of the movie capital in its prime, and one of them is the delightful Miss Joan Leslie.

She was another of those 40s actresses that were predominately cast as the relatively faceless female lead to an established star, or more often than not the junior female lead under the two main stars. I've previously written about my admiration for Priscilla Lane in such roles, and Joan Leslie fits into these parts in the same way. Like Miss Lane she always took a usually thankless part and managed to shine despite the often overpowering presence of the main star.
I think I first noticed her in High Sierra, which was her breakout role in Hollywood. It was also probably the film that made me a fan of Humphrey Bogart but though the film ultimately belongs to Bogart and Ida Lupino, Joan Leslie made herself known in the junior female lead. She had much more luck with James Cagney in Yankee Doodle Dandy as the proper female lead and did a great job in that she didn't let herself be in any way upstaged by Cagney's barnstorming and Oscar winning performance in the lead. I found her a very sympathetic character in an often stagy movie and upon watching her performance realised that she was a very skilled screen actress. Of course, Cagney is great in the movie, but it's Joan Leslie that holds it together.
She also gives sterling support in The Hard Way (a really underrated film by the way - I don't understand why it's not seen as a classic) and The Male Animal, as well as doing her bit for the war effort in Thank Your Lucky Stars. As I said, she generally exceeds the expectations of the part in every role I've seen her in, which makes me think that she could have been a truly great star if given the correct exposure. However, it wasn't to be as she had all but retired from movies by the early 50s to raise a family and only acted sporadically since then, mostly on television.
Despite her relatively short career, Joan Leslie is one of the few people around who can still tell us about life in Hollywood in the 40s and acting with the likes of Bogart, Cagney, Crawford and Fonda. Of course, that is not to the detriment of her own stellar career but voices like hers are few and far between theses days and should be supported and treasured by all film fans. So, to this end may I wish Miss Leslie a happy and healthy birthday, with many more to come.
Posted by Russell at 16:10 2 comments: 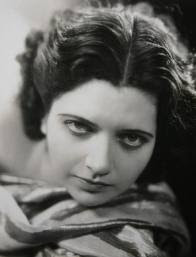 Well, I’m back from my short festive break and lo and behold, it’s Kay Francis’ birthday! I’ve long been fascinated by Miss Francis and her work and I doubt that I’ll be the only person today penning a tribute to her. It’s strange that she’s a star that is relatively unknown these days to the general public, but who nonetheless has such a strong (I don’t want to use the word cult, but it’s almost that) following amongst classic movie fans. I find it reassuring yet odd that there are numerous blogs and websites around that track her career and plenty of information about her out there, which is something that can’t be said for say, Myrna Loy who is a much better remembered star.

So what is it about Kay Francis that stirs such ardent fandom? Personally, I’m not entirely sure as I’ve always found it very hard to explain her to friends what exactly it is that makes her special. In fact, such an explanation usually results in blank looks and and impression that they feel a bit sorry for me. After all, she was a good but not great dramatic actress, only a handful of her films are remembered or revered today (Trouble in Paradise and at a push In Name Only), her image is that of a clothes horse, with its implication of style over substance, and her fame was comparatively brief (and included a few years of decline). Yet there is something about her that makes her special.

Of course, she had a striking look that although not traditionally ‘pretty’ gave her an instantly recognisable, iconic image. Additionally, her ability to project elegance and sophistication through her wardrobe not only struck a chord with contemporary audiences and continues to set her apart from her peers today. For example, show anyone a studio picture of her from the 30s and the reaction is usually 'wow!'. But there’s still something more to her than her image and look. Any number of 30s actresses could take a good photo or effortlessly wear the latest Adrian creation (though arguably only Kay Francis could get away with some of the more outlandish 30s fashions – and especially the hats!).

For me, discovering Kay Francis was a slow, cumulative process. It was by chance that she appeared in a succession of films that I watched on television, in the days when such things used to be on regularly. Jewel Robbery was followed by Raffles and Cynara, and then finally the penny dropped when I watched One Way Passage. This strange dark haired woman with the air of tragedy was oddly mesmerising. I found myself not watching the likes of William Powell and Ronald Colman (the reasons I was watching the aforementioned films in the first place) and rather, wanting to see more of their mysterious co-star. The next film happened to be Mandalay, and finally I had a Kay Francis film where she was the focus (though Ricardo Cortez was pretty good too).

Now, many years later, I have all but one of her films (Anyone out there got Illusion?) and have seen many more of her performances, from the early villainous parts to the gold diggers, nurses, society women and First Ladies of her more famous later pictures. Each time I see her she projects that special aura that only the great stars do (despite the poor quality of a lot of her later roles). Yet she doesn’t initially blow you away the way that Joan Crawford or Bette Davis might, rather her softly spoken manner and her aloof elegance sort of creep up on you like a warming fog. 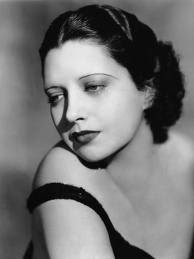 Off the top of my head, my personal Kay Francis highlights include:

Her very, very under rated partnership with William Powell. They have such an easy chemistry that seems to bring out a much darker and serious side to Powell’s character. All there films together are worth watching but One Way Passage is their masterpiece as a team. Nobody but nobody does ‘two weeks to live’ tragedy like Kay Francis!

I love the fact that she’s so evil in her early roles, and it’s something that I wish she would have had the chance to continue later on. I’ve previously written at length about her deliciously camp man-eater turn in A Notorious Affair, but one should also seek out Dangerous Curves purely for the preposterous idea of casting Kay Francis as a trapeze artist, resplendent in sequins and tiara. What’s more, she’s an evil trapeze artist!

She always worked well with Ronald Colman and shows some real depth as the wronged wife in Cynara. It’s probably a precursor to many of her later ‘women’s’ picture roles and she plays it very well. This was definitely the part that grabbed my attention when I first started to watch her films. She has a great skill in holding your attention without diverting any of the focus from the story or her co-stars.

Sadly her later films don’t always make the best use of her talents but The Feminine Touch shows her as a fairly adept light comedienne, with some really good interplay with co-stars Van Heflin and Don Ameche. Another favourite from this period is The Man Who Lost Himself, an unfairly forgotten minor classic with Brian Aherne. Though no longer the focus of her films, she still brings style and glamour to each part as well as an easy charm. In many ways she was the perfect actress for the glamorous 30s studio style and often fits uncomfortably into the starchy 40s. However in the above two film the warmth and wit of the old days just about survives intact.

Again I find that this brief sketch doesn’t adequately sum up Kay Francis’ charms. To me she represents much of what I like in a female movie star with her shimmering, elusive and unpredictable persona. Though recognisable as a glamorous and beautiful film star, her performances don’t pigeonhole her into a particular type the way many others do. For this reason, the main appeal of Kay Francis lies in watching her films. At the very beginning of my blog I mentioned that I find the lesser lights in the filmography of a star the most illuminating and important, as they reveal the small details and transitions in an actor’s style and career. So it goes for Kay Francis; rather that a handful of overplayed, iconic performances, we are left with dozens of smaller films, each interesting and each different, and in turn each able to add a small part to the jigsaw of her career. For me the jigsaw may never be complete and to be honest I’m no further forward in explaining her appeal. She’s just a wonderful, entertaining, stylish and endlessly fascinating star. I guess I’ll have to get used to the blank looks.
Posted by Russell at 17:20 3 comments: