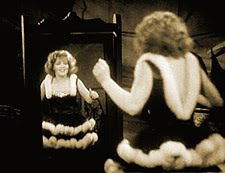 Where do I start? Well, having read some of the excellent blogs currently running I thought that I'd take the plunge and start my own. In theory, a good idea but I'm new to all this so please bear with me while I find my feet. Like many people out there I have a love for movies of the 'Golden Age' and essentially want to use this space to promote and discuss the lesser looked upon corners of cinema history.

It disturbs me that a generation of people have grown up with a lesser appreciation for an ever distant era of film. I grew up in the late seventies and early eighties of a strict diet of Laurel and Hardy and Harold Lloyd, and as I hit my teens I looked around me and found all sorts of wonders to pick from in the television schedules. Looking back I really wish that I had set my VCR to tape 24 hours a day as today all we are left with is the same few titles repeated ad nauseam. As you may or may not have guessed I live in Britain and don't have the benefit of the wonderful TCM. Unfortunately TCM Europe's idea of a classic film begins somewhere in the late 70's and end a few years ago. Heaven forbid they lose viewers by broadcasting in (gasp) black and white...

Well, that's a rant for another day. The point I'm making is that during my formative years I fell in love with all manner of leading ladies, lived vicariously through the leading men, laughed at a plethora of comics, marvelled at the wonders of silent film and basked in the glow of the silver screen. And now, in these difficult times, I cling to them all the tighter.

Hopefully with this blog (if anyone ever reads it) I can discuss whatever comes to mind based on my haphazard viewing schedule, and thus highlight a few films and stars that may be of interest. And perhaps it might be entertaining. Well, that's the plan anyway...

I must stress that I predominately watch films up until the end of the studio system. I kind of lose interest once the 50's roll around. Obviously there are many great movies from that era but they don't quite have the sparkle of a great silent or pre-code film. Also, being as how I'm British, I may stray off the Hollywood path occasionally to look at some home grown talents.

So basically I'm making this up as I go along. Let's see how it works out, shall we?
Posted by Russell at 17:08 No comments: